The Chapel of St. Michael 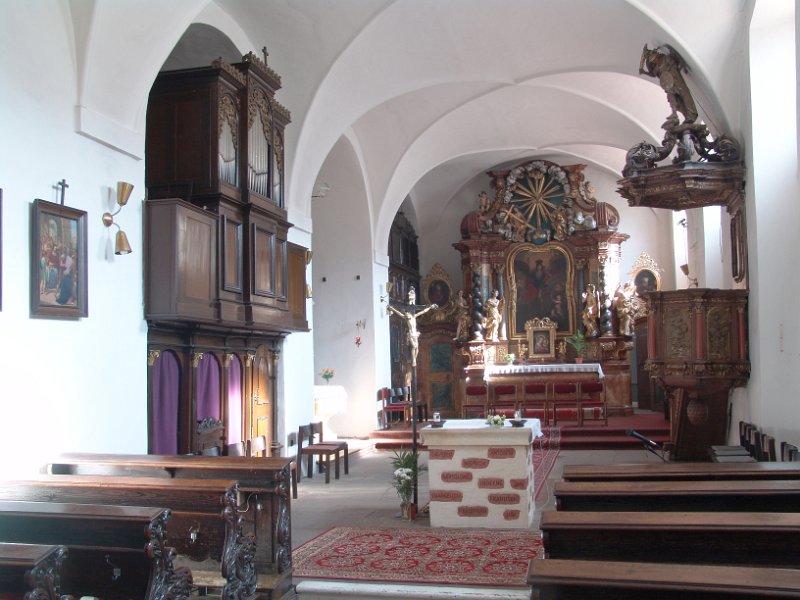 Quite extensive interior furnishings have also been preserved in the chapel of St. Michael, which in older sources is referred to as "Bohemica", the Czech chapel, because at times in the 17th and 18th centuries the sermon was preached here in Czech, while in the main church it was in German. It is generally identified with the chapel of the Immaculate Conception of Our Lady, which is mentioned as early as the 16th century. It was here that the first Franciscans held their services after their arrival in 1604 up until 1610, when services started to be held in the main church. 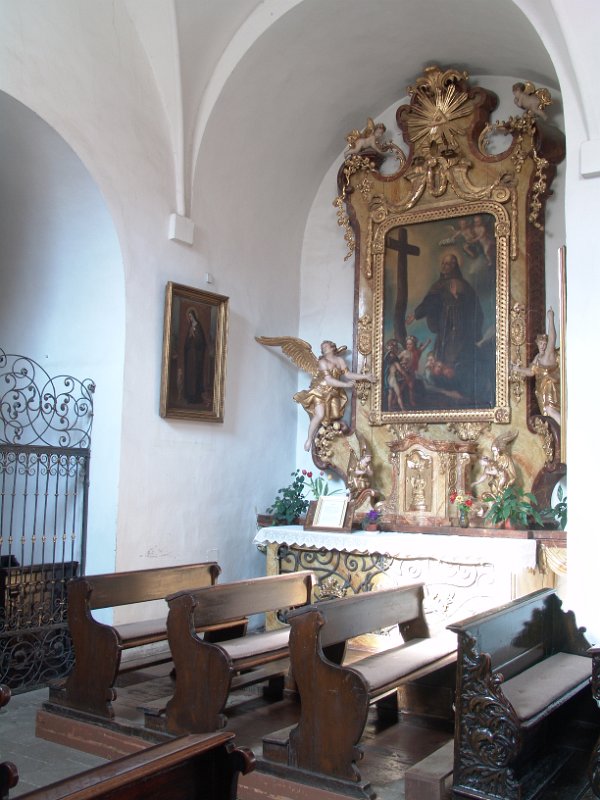 In the entrance area to the chapel, which preserves in its massive masonry parts of the southern tower of the Gothic church, there is a statue of the Pieta on the left-hand side, a baroque work from the first half of the 18th century. On the southern wall of the entrance area, above the confessionals, is an imposing Crucifixion scene from the first half of the 18th century, a remarkable piece of woodcarving from Moravská Třebová. The Chapel of St. Michael itself is separated from the entrance area by a late Renaissance wrought iron grille, an outstanding piece of smithwork from the mid-17th century.

The main altar of St. Michael is early rococo from around 1740, with statues of archangels with the playful gestures of early rococo. Above the side entrances there are panels with oval paintings of St. Gregory and St. Elisabeth. In the sanctuary is a grace-giving picture of Our Lady, the Mother of Good Counsel, which was the subject of special veneration here.