The church, originally intended as the presbytery in the plan that was not completed, presents a completely different stylistic concept from the northern sanctuary. This typically deep mendicant choir with seven bays of vaulting represents a culmination of the spiritual linear style with a marked verticality. 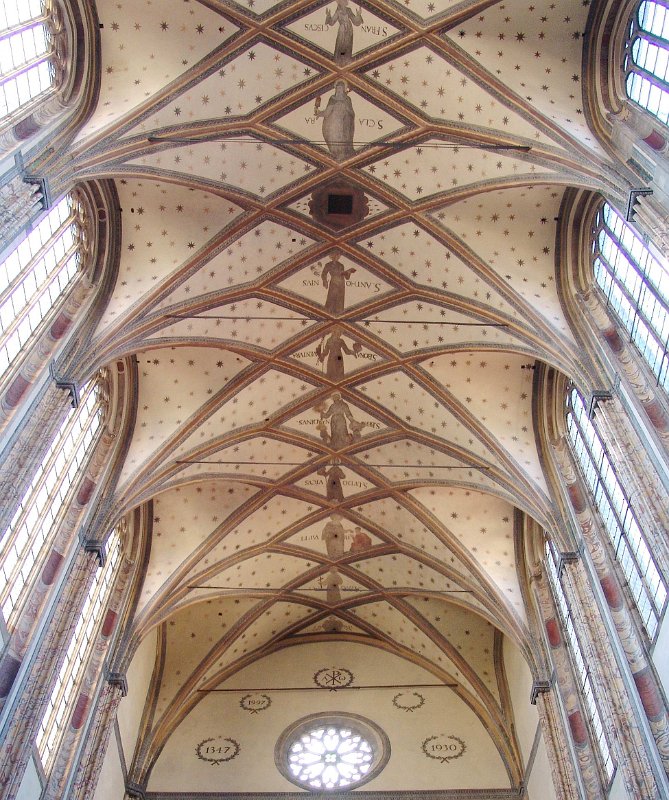 The present Renaissance net vaulting from 1607 in a neo-mediaeval style based its structure on the mediaeval vault, but is several metres lower than the original Gothic vaulting, being 31.4 m high. It is thus now no longer the highest vault in Prague; the vaulting of St. Vitus's Cathedral is 33.24 m high.

In the original Gothic construction, the stone blocks used for the consoles and the baldachins for the planned sculptural decorations were plain; only two consoles at the eastern end on the right were partially decorated with animal motifs. The statues of Franciscan saints to be found in the church today date from the early 17th century. In the lower sections of the former Gothic windows there is new brickwork with blind arches; the tracery is also Renaissance.

An important feature of the Gothic building is the stone cedilla on the northern side of the presbytery, partly hidden by the main altarpiece, with three trefoil traceries converging on two central consoles, covered by remarkable sculptures of monsters. 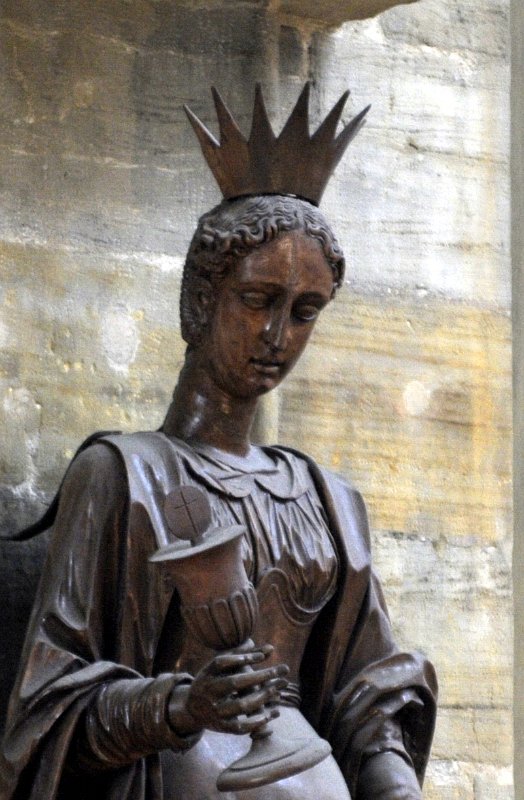 The coloured polychrome finish also comes from the time after 1603, including the plant and ornamental painting of the vaulting and ribs, the marbling of the architectural members and the window jambs, and the cycle of paintings on the vault of the church, starting with the monograms of Rudolf II and Matyáš above the altar, and continuing in the nave with the circular picture of the Holy Trinity and the figures of Our Lady, the Archangel Michael, and a series of Franciscan saints: Francis, Clare, Anthony of Padua, Bonaventura, Bernardine of Sienna, Louis of Toulouse, Elisabeth, and Didacus; the painting in the last bay cannot be made out.

On the baldachins on the walls there is a further series of saints, created in the second quarter of the 17th century in the late Renaissance style by the workshop of the Prague sculptor and woodcarver Jan Arnošt Heidelberger. In addition to the figures of Christ and St. John the Baptist, we find here the saints Didacus, Bernardine of Sienna, Barbara, and Clare, while on the opposite side there are Our Lady and saints Bonaventura, Francis of Assisi, Peter of Alcantara and Anthony of Padua. These statues probably date from the year 1625, when the church was re-dedicated after the damage suffered in 1611.