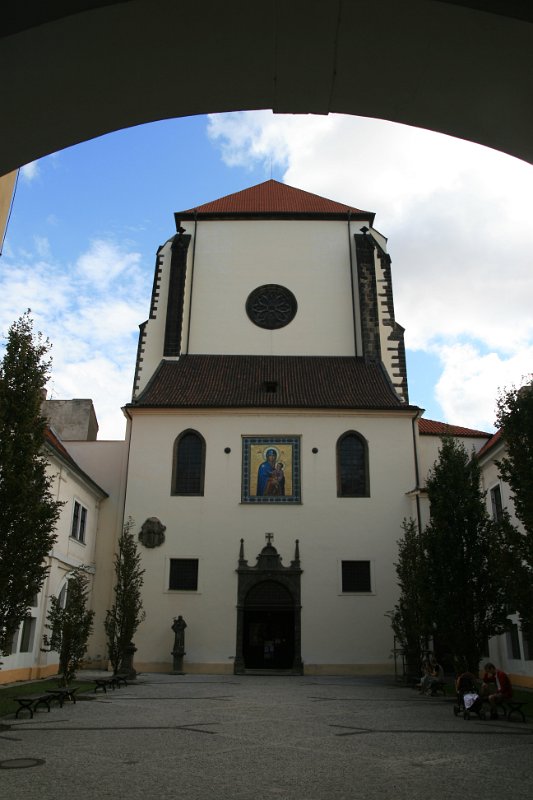 In the courtyard area in front of the church, on the site of the unfinished Gothic nave, the chapel of Our Lady of Succour (Our Lady of Passau) is to be found on the right-hand side. Its history is closely linked with the plague epidemic in 1713, when services of intercession were held here that were very well attended. The chapel was therefore dedicated to Our Lady of Succour. A picture of Our Lady of Passau is on the eastern wall of the chapel, where it was originally part of a rococo altar. A second altar, recalling the original dedication of the chapel to the Fourteen Holy Helpers, likewise dates from the mid-18th century. Today on the western side of the chapel there is the altar of St. John of Nepomuk (moved here from the chapel of St. John of Nepomuk on the opposite I side of the courtyard), an early rococo work from around 1750. The chapel of St. John of Nepomuk, which is currently used as a bookshop by the Pauline sisters, had a similar architectural design.

In the courtyard, immediately in front of the church, is a stone statue of St. Anthony of Padua, a valuable early baroque work from the second half of the 17th century. Also in the courtyard are statues of St. John of God and St. John of Nepomuk. 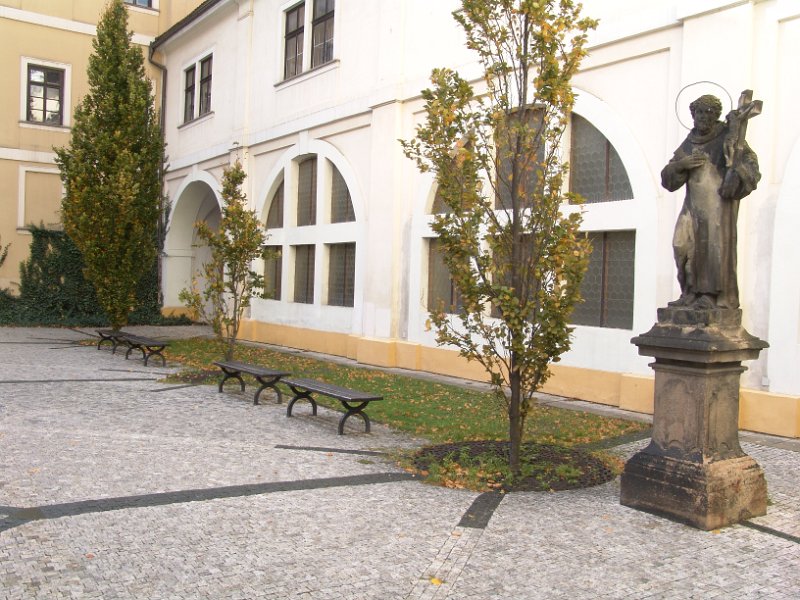 Both these statues were sculpted in 1719 by the Prague sculptor Jan Oldřich Mayer, a leading representative of high baroque sculpture in Prague in the early 18th century.

At the western end of the courtyard, the monastery buildings look out on to Jungmann Square, showing the superb classicist façade of the parish house, built by the master builder František Zelinka in 1790-1792. Incorporated into the middle of the façade as the central architectural feature are the remains of the older Renaissance façade of the former chapels of St. Brice and St. Hedwig, divided up by stone Renaissance half-columns around the main portal with its late 18th-century doors.