After the Arrival of the Franciscans in 1604

When the minister-general of the Franciscans, Francisco de Sousa, saw the desolate complex of Our Lady of the Snows during a journey through Central Europe in 1603, the ruins are said to have reminded him of the Colosseum in Rome, and so he asked the Emperor Rudolf II if he could have it to establish a monastery. Rudolf agreed, and confirmed this in a charter issued in 1606.

The reconstruction of the Franciscan church and monastery, which was launched in March 1604, was a significant event in the life of Catholic Prague. The foundation stone of the reconstructed monastery was laid by the Chancellor Zdeněk Vojtěch Popel von Lobkowicz on 14 July 1604. One of the leading sponsors was Jan the Elder from Talmberk. The non-Catholics, on the other hand, looked on the return of the Franciscans to Prague with displeasure. Repairs to the church of Our Lady of the Snows did not start until 1607. 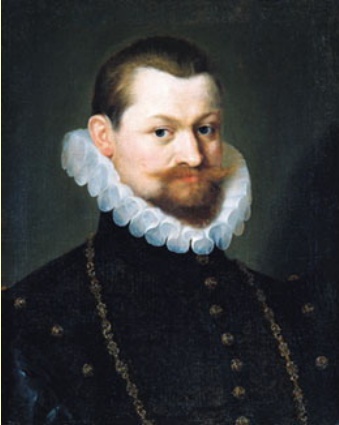 However, the period of religious unrest before the Battle of the White Mountain was a difficult time for the monastery, full of uncertainty. The tension that had been present for a long time came to a head in February 1611. The situation in Prague towards the end of the reign of Rudolf II erupted in a direct attack on the church and the monastery during the period when the city was besieged by the troops of the Bishop of Passau. The incident ended with 14 monks being cruelly done to death and the monastery itself being plundered. The death of the 14 brothers who were killed on 15 February 1611 became one of the most important events in the history of the monastery. Since then, the murdered brothers have been venerated as martyrs in the monastery, and their death has been depicted on a number of engravings and paintings. 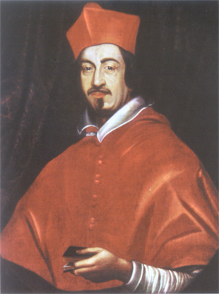 After being repaired and rebuilt in the Renaissance style, the church and monastery were consecrated by Archbishop Harrach on 4 May 1625. At this time, the basic structure of the monastery building still retained what was essentially a Gothic form. It was not until the end of the Thirty Years' War that building work acquired fresh impetus and reconstruction in the early baroque style began, with the church and monastery flourishing. In 1651 the altar in the church, bearing the emblem of its donor, Jan the Elder from Talmberk, was completed. It was not only the highest and largest altar in Prague, but was described as being the highest and largest in the whole of the Empire. In 1650-1654 a new wing of the monastery, surrounding a second monastery courtyard, was built on the south-eastern side of the church, and thus the present basic form of the monastery buildings was complete. Later minor alterations led to the establishment of a bakery, a pantry, and a tailor’s shop in 1656, a monastery pharmacy in 1658, and a hospital, built in the main courtyard of the monastery, in 1676. During the time of Bernard Sannig, a new brewery with a malthouse was established for the needs of the monastery, similar to those in other Prague monasteries. It was built to the west of the monastery buildings, on a location very close to that of the former mediaeval brewery.

To the west of the church, in the place where it was originally planned to build the Gothic nave and side aisles, the present courtyard took shape in the second half of the 17th century, bordered to the south by the chapel of the Fourteen Holy Helpers and Our Lady of Passau, and to the north by a further chapel, dedicated in the 18th century to St. John of Nepomuk. Both chapels and the rooms above them were built into the masonry of the planned but unfinished aisles, some remains of which were preserved in the attic sections of these wings.

It was a time when the Czech Franciscan province flourished, with the number of brothers reaching several thousand, so it was necessary to extend the monasteries.