Since the Reforms of the Emperor Joseph II

The reforms introduced by the Emperor Joseph II at the end of the 18th century meant changes for the life of the monastery. Originally the Emperor had intended to close down the monastery. Eventually he did not do so, but he still forbade the Franciscans to accept novices in 1782 and considerably limited their activities. After the church of Our Lady on the Pool in the Old Town district of Prague had been closed down, the parish was transferred to the church of Our Lady of the Snows in 1787. It remained the property of the Franciscans but the city of Prague, as patron, appointed a diocesan priest as parish priest. The legal position remained like this throughout the 19th century until 1932. 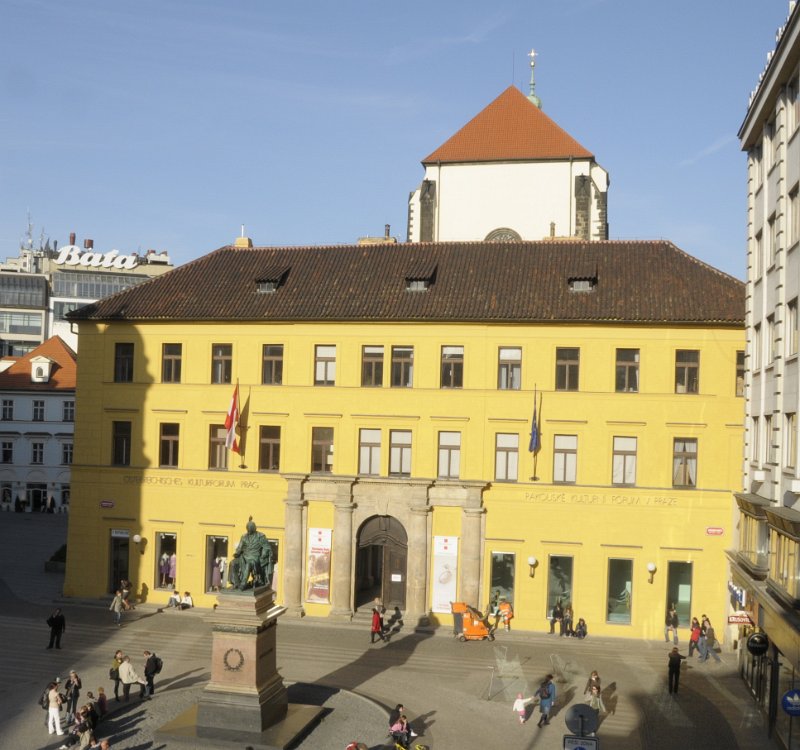 In 1790-1792 the building in the front with the chapels of St. Hedwig and St. Brice was renovated in the classicist style and converted into a new parish house according to plans drawn up by the builder František Zelinka. It contained an apartment for the parish priest and a school. In 1847 a second storey was added. In the buildings that were left for the use of the monastery the novitiate was eventually renewed in 1835, at which time, according to some reports, there were again as many as 50 brothers.

When the communists came to power in February 1948, it was the start of a very difficult period for all religious orders in Czechoslovakia. The life of the monastery was interrupted for many years after a flagrant intervention by the state authorities on the night of 13-14 April 1950, which ended with some brothers being sentenced to imprisonment while the rest had to spend many years in internment camps. While the church building was left in the hands of the church and continued to be used for liturgical purposes under the administration of a priest who was assigned to the parish and was loyal to the communist regime, the monastery buildings were occupied by the Ministry of the Interior, which used one section for accommodation, another section for its central offices, and the refectory for rehearsals for musicians in the Castle guard.

After the fall of the totalitarian regime in November 1989, the monastery was returned to the Franciscans under the restitution law and handed over to the order in 1991. Under the new conditions in society, the activities of the monastery also developed once again. The buildings that had been used for other purposes for such a long time required many alterations. The state of the buildings, especially of the church, had also been affected by the construction of the underground tunnels of the subway system. Repairs to the monastery premises have basically been ongoing since then. In the early 1990s the roof of the church was repaired and its interior was successfully restored. The chapel of St. Anthony and the altar of the Holy Cross still need to be restored. The very impressive old library has also been restored.