Behind the Main Altarpiece

On the reverse side of the altarpiece is a mannerist cycle of paintings: in the centre a picture of the Crucifixion, and to the sides four scenes from the Passion. The whole of the area behind the altar was adapted to form a choir for the monks, and provided with early baroque choir benches, above which, on the walls, there is a cycle of eleven paintings of Franciscan saints from the first half of the 18th century. 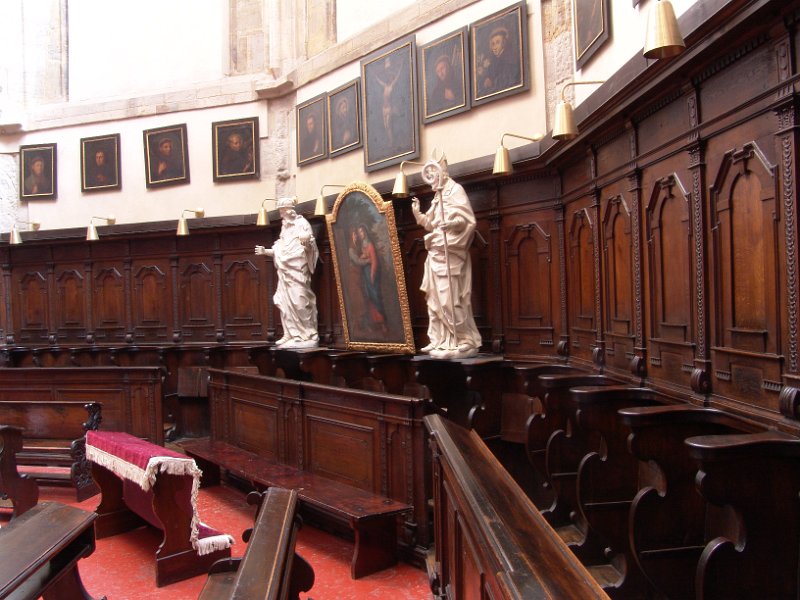 In 1727, in connection with the baroque adaptation of the choir, a symbolic picture was painted on the upper part of the back of the altarpiece, above the Passion scenes, depicting a sequence of Franciscan perfections and virtues. In the choir there is also a nekrologia closet, typical of Franciscan monasteries in the region, in which the names, characteristics, and dates of death of brothers from the monastery were inscribed on their death.