The Church and Monastery of Our Lady of the Snows 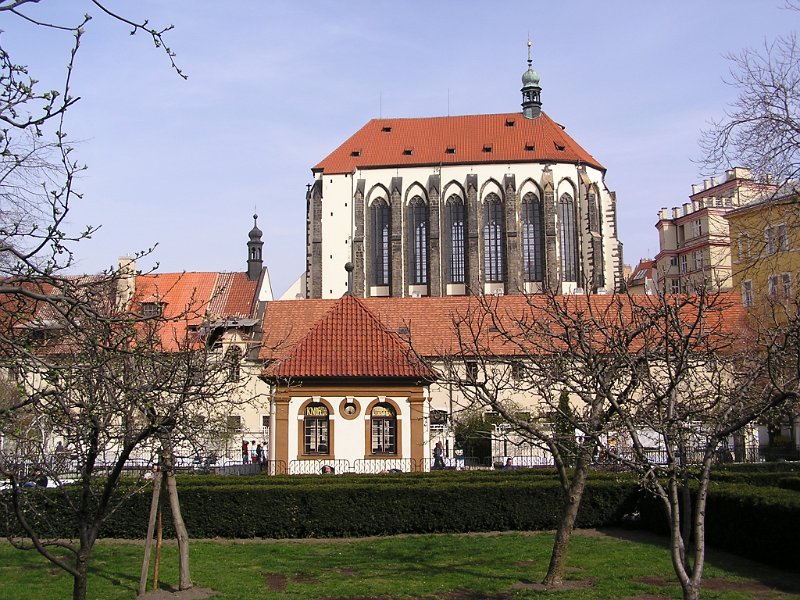 The church and monastery of Our Lady of the Snows are among the most important foundations made in the New Town district of Prague when it was established. Prague is sometimes called "the Rome of the North", although this title belongs more properly to Salzburg. But it is possible that, when the church and monastery of Our Lady ofthe Snows were founded by the Emperor Charles IV in the mid-14th century, they were thought of as being in a certain way a reminder of the city of Rome. This is reflected in the dedication of the church, which refers to thefamous Roman shrine of Santa Maria Maggiore. 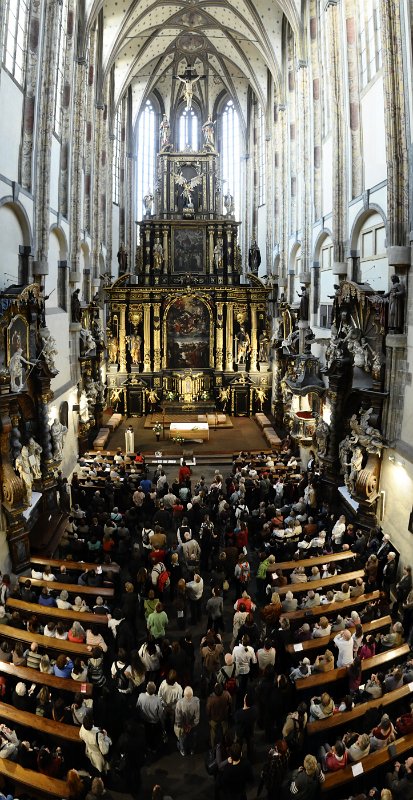 During the course of time it was decided that it would have an even more imposing shape and size, so that the present church is simply the presbytery of the church that was at one time planned, but it still makes a tremendous impression on visitors today. Bohuslav Balbín (f 1688), who ranked the church among the most famous ones in Bohemia, was justified in writing: "How magnificent, how kingly, how glorious the church of Our Lady of the Snows in Prague once was... can be seen well enough from the choir that still remains."

In addition, from its beginnings it enjoyed a fairly unique location: it was the only one of the newly founded monasteries to be situated roughly in the middle of the New Town, between two marketplaces that were very busy, ; close to the border with the Old Town at the Gallus Gate. The church and monastery of Our Lady of the Snows were simply too close to the centre of events to avoid becoming the witness of or setting for a number of turbulent and indeed key incidents. Historical changes and disturbances more than once led to the violent interruption of the building work, or of the artistic or spiritual development of the complex, but it has always risen again from the ruins and isolation, in both the recent and the more distant past.